Looking back at the trends and changes experienced by the death care industry and a look at what the future may hold. The death care industry has undergone significant changes in recent years, and as we in the industry are aware, everything is evolving at a rapid rate.

Indeed, the industry, which for decades had been notoriously difficult to disrupt with new technologies, is now rapidly transforming under the pressure exerted by the COVID-19 pandemic and other unrelated worldwide market and cultural forces.

According to marketsandresearch.biz, the global death care service market was estimated to be worth USD $125 billion in 2021 and is forecast to be worth $164 billion by 2028.

The U.S. market was said to be around $41.5 billion in 2021, and industry reports from ibisworld.com predict that the market will be worth $1.6 billion in Australia, and $3 billion in the UK by 2026, while the industry in New Zealand is worth $300 million annually.

These numbers demonstrate the significant economic benefits our industry brings to the table in whatever country we operate.

In this blog, we will look back at some of the recent trends and changes in our burgeoning industry and consider what the future may hold.

What our customers want

The Australian Funeral Industry State of the Nation 2021 report tells us that death affects almost all Australians over the age of 35, with 95% of all respondents having attended a funeral, and 60% being involved in a funeral arrangement sometime in their life.

We’re told Australians want intimate, well-catered and increasingly non-traditional ceremonies. Still, the research suggests there’s a general lack of understanding of non-traditional options available to them, such as alternatives to coffins and caskets.

And whilst 47% of Australians identify with a religious faith, making funeral arrangements today is not primarily led by religion.

Of religious respondents, only 10% strongly agree that religion or spirituality would impact their choices regarding funeral planning and memorial services.

Australians, it seems, also place great trust in their funeral director to assist in decision-making.

While most know the deceased’s basic requirements, the funeral director has a considerable influence on the service they ultimately arrange.

And as the Foresight Companies 2022 Markets Insight Summary tells us, consumers put a lack of upfront pricing a close second on their list of concerns behind the funeral home or crematorium making a mistake with their loved one.

Transparency is paramount in an age where people can shop for a coffee, a dress or a funeral through a screen, and increasing numbers of people are doing just that.

And plenty of other industry and economic forces are at play in what funerals worldwide will look like in 2023 and beyond.

According to eirene.ca, burial was once the most common funeral rite, but since the 1960s, cremation has slowly become the preferred method of disposition in Canada.

The Canadian cremation rate has increased by almost 30% since 2000.

As of 2020, the rate reached 73.1 per cent and is projected to grow to 77.6 per cent by 2024; understandably, one of the main reasons for the growing cremation rate is lower cost.

In simple terms, this global shift is mainly due to the lower cost of cremation, the growing acceptance of the practice, and the greater flexibility it offers in terms of memorialisation.

And there’s also the pressing problem of land availability in the bigger and more populous cities.

Case in point is in December 2022, authorities in England and Wales conceded they may be forced to consider legislation allowing grave re-use after 75 years.

And many families who have purchased cemetery land for future use, but have since decided on cremation, are now putting the plots on the market, hoping to make a profit.

Another trend that has gained traction in recent years is the growth of natural or green burials.

These burials involve the interment of the body in a natural setting, often without a coffin or embalming, with the goal of returning the body to the earth in an environmentally friendly way.

The growing demand comes from consumers seeking funeral options that minimise their carbon footprint and have a minimal environmental impact.

This has led to an increase in the availability of eco-friendly products and services, such as biodegradable coffins.

And according to findings released in 2020 by the University of Melbourne DeathTech Research Team, the traditional death care models – funerals and places to rest – face several challenges, including growing environmental concerns, rising maintenance costs, and an increasingly complex range of public desires for death care.

Around the world, cemeteries have begun to adopt new technologies to improve their visitors’ experiences, reduce their facilities’ environmental footprints, and extend the personalisation of services in response to diversifying community desires.

In the context of rapidly changing circumstances, there has also been a sharp rise in the use of technology in the death care industry.

These technologies include the potential for digital augmentation of grave management and visitation, alternatives to conventional burial and cremation, and new designs for landscaping and flora.

Already, memorial websites, which allow friends and family to share memories and photos of the deceased, have become increasingly popular, as have virtual funerals, which enable people to attend a funeral remotely via videoconferencing.

Again, we saw the video funerals manifest during the pandemic. Still, all indicators are that they are here to stay and will only provide better and more immersive experiences as more sophisticated streaming methods are developed.

We wrote about it in June 2022 with our blog article Changing Consumer Attitudes to Death, in which we explored the ‘Ámazon effect’ of consumers shopping online and wanting instant information and convenience in their purchase investments.

It’s an article well worth reading or revisiting as a reminder of how important keeping abreast of technological advancements is in our industry.

A look into the crystal ball

So, let’s briefly summarise what the future really holds for the death care industry.

Consumers are looking for convenience and simplicity when it comes to funeral planning.

This has led to the growth of companies that offer streamlined, all-in-one funeral packages, as well as online platforms that allow people to plan and pay for a funeral from the comfort of their own homes.

We’re told that the trend towards cremation and green burials will likely continue as people seek more affordable and sustainable funeral options.

Technology is also likely to play a more prominent role in the industry.

Virtual reality may be used to create more immersive and personalised memorial experiences, while online platforms are already making it easier to plan and pay for a funeral.

There is also likely to be greater demand for end-of-life planning and grief support services.

As people live longer and the population ages, there will be a need for more comprehensive support to help people navigate the end of life and cope with grief.

As we said earlier, it is worth noting that the COVID-19 pandemic has had a significant impact on the death care industry, with many funeral homes and crematoria having to face the challenges of social distancing measures and capacity limits.

It remains to be seen how these changes will shape the industry in the long term.

And there is also the rise of the ‘exit party’ – gatherings for the dying, but not yet dead, to say good-bye — and meetups known as death cafés where people can gather to discuss the topic.

And who will be our industry leaders in the future?

The UK’s Service Times reports that three of the largest death care companies in Great Britain are led by women.

And with death so synonymous with the Heavens, it’s probably no surprise, as space.com reports, that private companies like the U.S-based Celestis are launching cremated remains, or Cremains as they call them, on one-way trips to the Moon.

The noted astrogeologist Eugene Shoemaker’s ashes lie not far from the Apollo 11 Sea of Tranquillity landing site, while the DNA of science fiction writer Arthur C. Clarke is headed that way shortly,

And in true Final Frontier style, a Celestis spacecraft a few years ago took the ashes of Star Trek creator Gene Roddenberry into space, along with those of the famous psychologist, author and psychedelic drugs advocate Timothy and 22 other people.

So, it seems the future of our industry is already in the stars.

We’re with you all the way

At OpusXenta, we want to keep a step ahead of the changes in our industry so that we continue to provide the best, innovative technology solutions possible to our worldwide client family.

The next few years are shaping as fascinating as they are exciting, and we’ll be right at the forefront as knowledge and solution providers for you.

Please feel free to contact our team to discuss how we can help you and work together to meet the future challenges of our amazing industry. 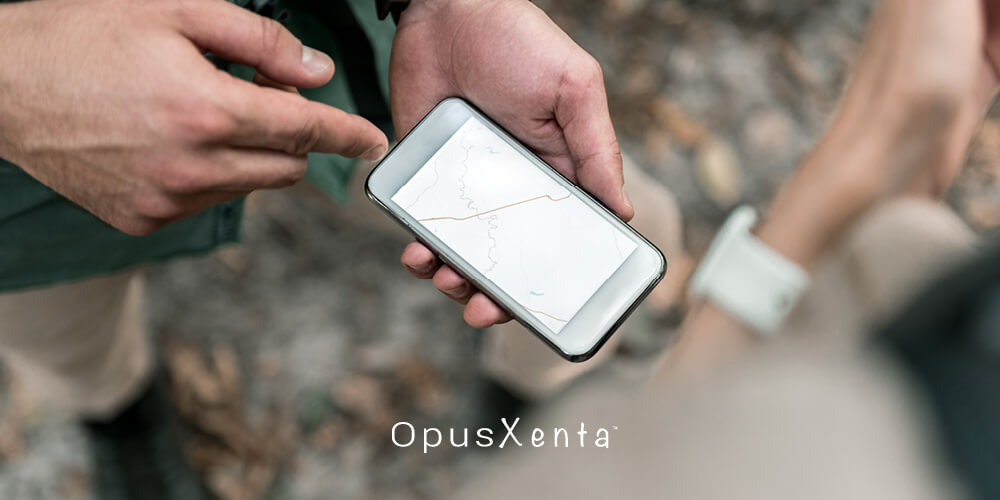 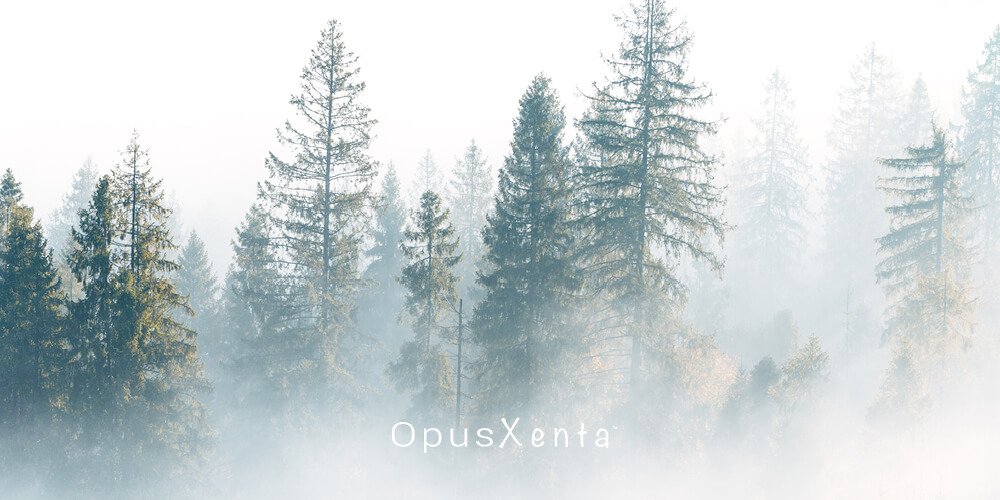 Cremations in the Digital Era